Lent is a solemn religious observance in the liturgical calendar that begins with Ash Wednesday and ends with Easter Sunday. The purpose of Lent is the preparation of the believer through prayer, doing penance, repentance of sins, alms giving, atonement, and self-denial. Lent is traditionally described as lasting for forty days, in commemoration of the forty days Jesus spent fasting in the desert, according to the Gospels of  Matthew, Mark and Luke, before beginning his public ministry, during which he endured temptation by Satan.

Ash Wednesday is one of the most popular and important holy days in the liturgical calendar. Ash Wednesday opens Lent, a season of fasting and prayer. Ash Wednesday comes from the ancient Jewish tradition of penance and fasting. The austerity of the Lenten season was seen as similar to how people in the Old Testament fasted and repented in sackcloth and ashes (

Daniel 9:3). The practice includes the wearing of ashes on the head. The ashes symbolize the dust from which God made us.

Palm Sunday, the Sunday before Easter, commemorates Jesus' triumphal entry into Jerusalem, an event mentioned in all four canonical Gospels. On Palm Sunday, we celebrate the first joy of the season, as we celebrate Our Lord's triumphant entrance into Jerusalem where he was welcomed by crowds worshiping him and laying down palm leaves before him. It also marks the beginning of Holy Week, with the greatest tragedy and sorrow of the year.

Holy Thursday is the commemoration of the Last Supper of Jesus Christ, when he established the sacrament of Holy Communion prior to his arrest and crucifixion. It also commemorates His institution of the priesthood. The Last Supper was the final meal Jesus shared with his disciples in Jerusalem. During the meal, Jesus predicts his betrayal. Christ would fulfill His role as the Christian victim of the Passover for all to be saved by His final sacrifice.

Good Friday is the day on which Christians commemorate the crucifixion of Jesus Christ. Before his execution, Jesus was flogged, which was a customary practice intended to weaken a victim before crucifixion. Crucifixion was an especially painful method of execution and was perfected by the Romans as such. It was reserved for the worst criminals, and generally Roman citizens, women, and soldiers were exempt in most cases.

Easter Sunday is the principal feast of the ecclesiastical year. It is the greatest feast, and Christmas is celebrated only in preparation for Easter. Easter is the celebration of Christ's resurrection from the dead. His resurrection marks the triumph of good over evil, sin and death. It is the singular event which proves that those who trust in God and accept Christ will be raised from the dead. Since Easter represents the fulfillment of God's promises to mankind, it is the most important holiday on the Christian calendar.

WORSHIP SUNDAY SERVICE at 10:00 am

By Telephone: Dial the phone below:

Dial by your location - due to the volume of participants joining the service at the same time, you may experience a "this number is not in service" message.  If one of these phone numbers doesn't work the first time, please try another or keep calling back.  You will eventually get through

By Telephone: Dial the phone below:

Dial by your location - due to the volume of participants joining the service at the same time, you may experience a "this number is not in service" message.  If one of these phone numbers doesn't work the first time, please try another or keep calling back.  You will eventually get through

And if Christ has not been raised, our preaching is useless and so is your faith 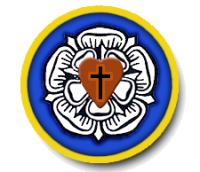 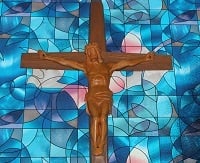